This Renault Megane RS265 came into us with the usual tell tale signs of worn swivel joints, creaking when turning and knocking.

Once we had removed the N/S swivel joint we could see they had been replaced before with some cheap after market joints.

We replaced both joints with our genuine swivel joints and it was ready to go.

This Renault Traffic came into us with its EML (engine management light) on and had a lack of power.

The first job was to carry out a diagnostic code read which showed up several codes relating to EGR valve faults.

As it is quite a big job we needed to get authorisation from the customer to remove the front end off his van access the EGR valve.

Once we had removed the front end we could access the EGR valve and start to remove it, once removed we could see the problem.

The EGR valve and pipes were completely full and blocked with carbon deposits which was stopping the valve from working properly.

We replaced the EGR valve and cleaned out all the pipes to and from the valve, this cleared the codes and allowed the vehicle to drive at full power.

Unfortunately due to the amount of carbon build up in the pipes we determined that the rest of the intake system would have similar carbon deposits in them and may need cleaning in the future.

We advised the customer to take the van on several long journeys at an average RPM of 2500 this will allow the engine to carry out a regeneration of the DPF (diesel particulate filter) and help clean out carbon deposits from the intake system.

This will no doubt have to be carried out several times to get the engine into a good internal condition.

The biggest problem with modern diesels is that people drive them economically and on short journeys, this is what causes the carbon deposits to build up and cause issues, ideally they should be used for long journeys at least once a week to allow the engine to clean itself.

For more info on EGR or DPF faults don’t hesitate to contact us.

The Renault TWIZY is a 100% electric vehicle, consisting of a battery power source, electric motor and gearbox. It is an urban electric two-seater that is super fun to drive on warm sunny days.

This particular TWIZY came in for a few service items to be carried out to keep it in tiptop condition ready for our UK summer.

First job was the ‘Gearbox oil change’ but as the TWIZY is to small to fit on our ramps we had to carry this out on the floor using jacks and axel stands.

The Renault TWIZY’s gear box can get noisy over time due to the additives in the oil failing due to age and heat so it is advised as a service item to have it changed.

The second job on this little TWIZY was to carry out a full brake fluid flush, which consists of sucking the brake fluid through all four brake callipers until all the old fluid in the system is replaced with new fluid.

The reason for brake fluid changes is that brake fluid has hygroscopic properties which basically means it absorbs moisture from the air.

Brake fluid can reach some very high temperatures under heavy braking but it has a boiling point of around 250 degrees Celsius. As the Brake fluid starts to absorb moisture from the air this boiling point starts to get lower until eventually it becomes so low that even under normal braking the fluid will start to boil and cause brake fade.

This being said a lot of garages use ‘Brake Fluid Changes’ as a regular add on to a Service. We however carry out a moisture content test as part of our Service and only replace it when it is required, unless it is stated for warranty purposes of course. 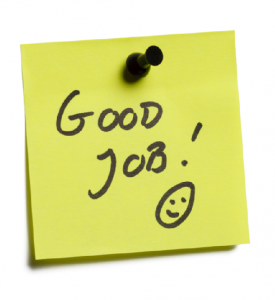 Just want to say that I’m over the moon with the service I received, all the problems with my Megane sport were fixed. A great bunch of blokes that know there stuff and are happy to get stuck in to sort out your problem rather than some garage’s that will just fit a new part and be done with it, even though I’m over  2hrs away its worth the trip this is defiantly a garage you can trust.I have no problem recommending them for general repairs/servicing or upgrades to your car.

Keep up the good work guys and I’ll see you again soon.

We love getting feed back from our customers especially when they have travelled such a long way for our Megane Hub Bearing repair. Thanks Lee